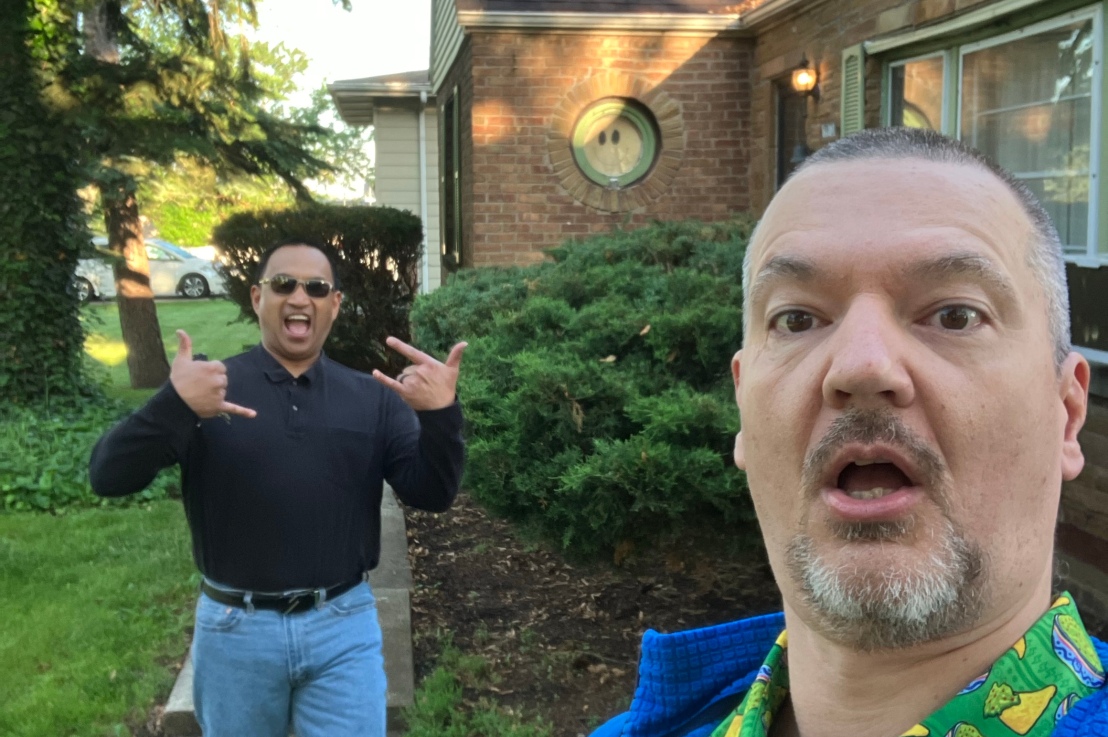 It’s been a long couple of years as we all know. I started planning this trip just before all the ‘stuff’ went down. Back then I felt it was time to stretch my legs again. Now, it is time more than ever. The planning stage was rather short as far as my gear and skill set. There was only a couple of things I really needed. The biggest joke was I needed my underwear. Haha. I got ‘em in time don’t worry everyone. The waiting time went fast. Next thing you know my buddy Ato is driving us to the airport for our flight to Maine! Now, he’s not hiking with me, but he wanted to help send me off on the Trail.

The flight there was uneventful, beside the fact that it looked like the pilot was personally inspecting the plane and it was a 38 seater and my head touched the cabins ceiling… It was a very short flight tho. 2 1/2 hours. We arrived in Portland, got our rental and heading to Bangor. Just outside Bangor we stayed in a hotel called Black Bear Inn. Next morning we had the standard, but filling, continental breakfast and headed to Katahdin Mountain to summit.

Unfortunately we did not make it to the top. At around 3500ft we started getting rained on and we were running out of time to finish the summit. Out of safety I called it and will try and come back later to touch the peak. Since I did not have a campsite reservation I went back to the hotel with Ato. My plan B.

The ‘theys’ kept saying it will take 10 days to go thru the 100 Mile Wilderness. No one ever really said why, they just said be prepared with 10 days of food. I scoffed… A Lot! Ask Ato. I just couldn’t understand how it would take that long. 10 miles a day isn’t even near what we, as hikers, hike. It’s nearer 20, even at the start. I found out why within the first couple of days. The trail is Filled with roots and rocks. Filled. Apparently this is what the Maine section is. If you check out my Instagram @thattalldavehiker you will see more examples beside the one below.

Met a guy named Lucky in one of my first days. He owns the last / or first / or the last-first Hostel in the southern end of the AT. He’s hiking home. Chatted with him for a bit, then ran in to him and a couple of his buddies later that evening. We camped in the same area. Had a great chat, and got some info and advice of what’s to come. (More Roots and Rocks!) Hoping to hang out at his Hostel near the end.

Nice to see some views once in a awhile, even thought most of the landscape is covered in trees. The one problem I don’t have is water. It’s everywhere. Came from the sky a little bit early on. So much water also creates a false sense of security. Several times in the first week I would forget to get water at a source and then run low or out and have to hike s couple miles to get more. Not smart.

And on the 4th day I encountered a Moose!! I’m, obviously, alright, but it was close. Real close. Check out my Instagram for more vids on the Moose. @thattalldavehiker

Good time to talk about the Privies. So apparently the AT has lots of Privies. Some are next to the Lean Tos, and some near campsites. It seems you can hike the AT without ever having to dig your own hole. As long as you can cross your legs until the next Privy. Now this is one of the newer built, nicer ones. It’s like one of those tiny homes! I’ve also seen ones I wouldn’t even step into. But, so far, they are all over. Oh, and there’s different kinds to! Ask me about it sometime later.

Then the rains came. I waited out an overnight storm for a gap to break camp and get hiking again. Not much after I got up, it started raining again. It didn’t come down hard but it was consistent… for two days. Avoiding hypothermia is a trick out here. Either you keep moving to stay warm, or you stop and change into dry warm clothes, which I diligently keep. I did a combo of both during the rain. That’s why I still have a happy face on the summit of White Cap.

Remember to check out my Instagram for more pics and all the vids. @thattalldavehiker