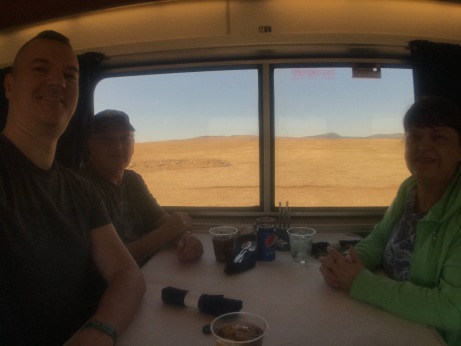 My parents and I at lunch

So the train ride is pretty cool! Got some much needed rest. My last minutes before leaving for the train I was really antsy. Pacing at Mel and Kevs house before the car arrived. The night before we went over any questions on my re-supply packages, had a little pizza and tried to get some sleep. Now, on the train, I spend time on my couch, in the observation car going over my maps, or in the dining car with my parents. Nice pic right?!

So I made a quick video of my room on the train yesterday, but it either takes up too much memory or I’m on a train and the signal sucks. Pretty sure it’s both reasons. If I figure out how to post it I will, because like usual ‘I’ think I’m funny! 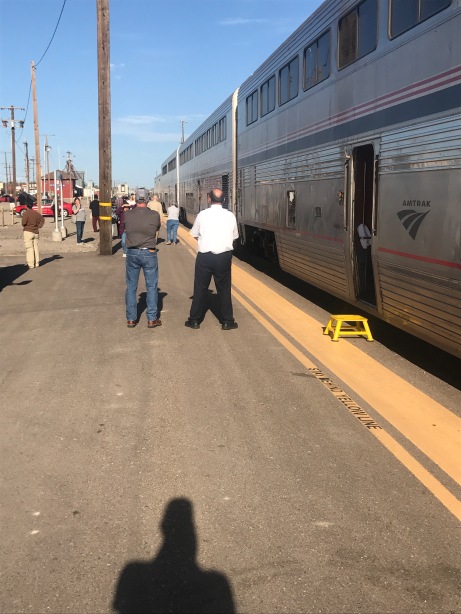 My Dad used to work fot the railroad many years ago, so he’s quick to make friends with railroad employees. He’s the guy on the left. This was yesterday (Wednesday) in La Junta, CO around 8:30am. They are watching 2 extra engines and 1 extra car being attached. It’s called dead heading, so sayeth my dad, and they won’t be used but are just hitching a ride with us. We are running about 2+ hours late to our destination and he thinks this hook up is part of the big delay we are having.